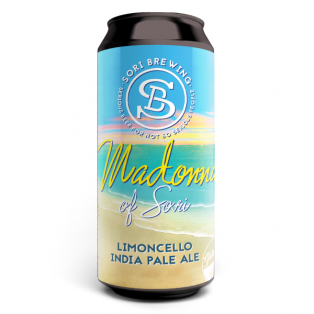 Limoncello inspired single hop Mosaic Session IPA with lemon peel. Inspired by Italian Riviera, where you can also find the town of Sori.

In the 16th century, the statue of the Madonna was stolen by pirates. During fights they threw it into the sea and the statue disappeared. Statue was found again from Sori beach around 50 years later, unharmed. During WWII, the town of Sori was bombarded and the statue ended up in the sea. 11 years later the statue found back to beach of Sori, again unharmed.